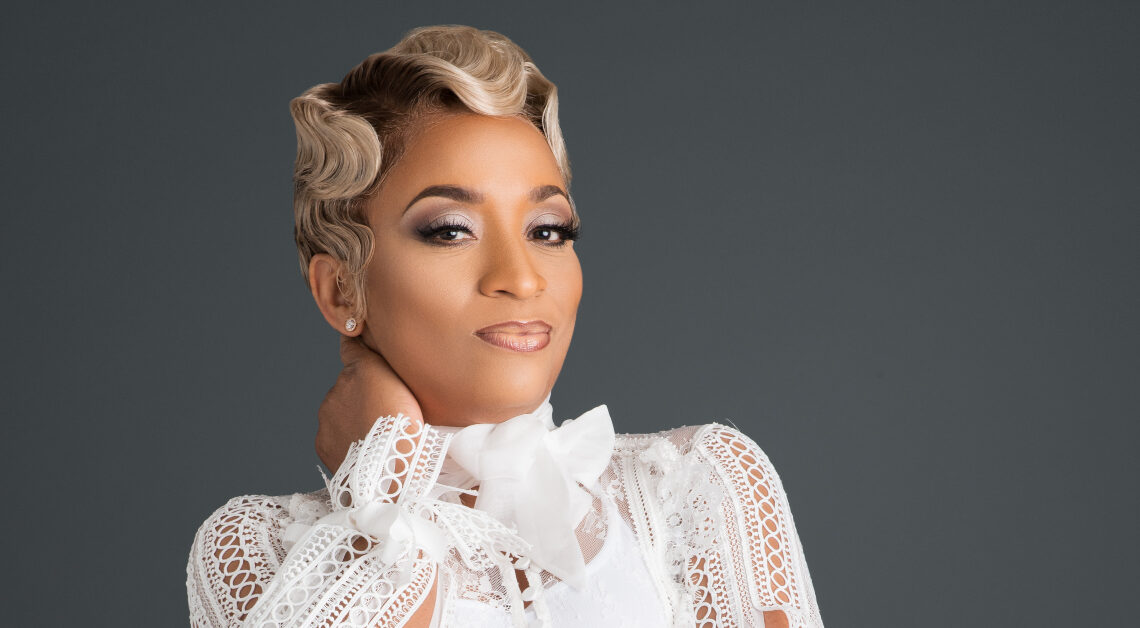 From serving her country to serving looks as a celebrity stylist, Tamika Gibson, CEO of ‘The Hair Diagram’ and ‘Bold Hold Lace Products’, has become one of the most sought-after beauty influencers of the decade.

With over 20 years of experience snatching wigs and laying edges, this veteran turned beauty mogul has been able to turn her affinity for hair into a successful 8-figure business and is now teaching the next generation of beauticians to do the same. Her work has been seen on celebrities like Keke Wyatt, Savannah James, and Faith Evans; while her products have been used by some of the social media’s most notable hair influencers including Alonzo Arnold, Tokyo Stylez, and Arrogant Tae.

‘The Hair Diagram’ program was created as a way to educate emerging stylists in the art of creating wigs and successfully executing some of today’s most popular hairstyles. But Tamika’s passion for hair began long before being a stylist became the reputable career choice that has taken the world by storm.

She was inspired to get behind the chair after witnessing her aunt, a then recovering addict, change her life around after going to cosmetology school. Tamika told Black Women Mean Business exclusively, “She went to cosmetology school and she actually started doing hair,” explains Tamika. “And just seeing how she would make them happy and seeing how it made her; she was changing their mood in like an hour and I’m like, ‘wow’, I want to do something like that.”

Unfortunately for Tamika, breaking into the hair business wasn’t as easy as it is today. Her initial apprehension stemmed from the lack of support that hairstyling received in comparison to prominent careers such as law and medicine. That is, until a chance encounter changed her life and ultimately set the blueprint for the future of hair care as we know it.

While serving in the Army, her longing to pursue hair never diminished. She attributes her years of military service as being one of the biggest catalysts of her career; helping set her apart from her peers.

“It really shaped me. It gave me the discipline that I needed…I was always on time, always organized, and always attentive to detail.”

She decided to go to hair school at night where she specialized in making custom wigs for herself. While in school, she met a woman who had lost all of her hair due to cancer. Her teacher knew that she was the only person that could help and asked Tamika to make a wig on the spot. “I thought it was okay. I didn’t think it was special until watching her reaction. She cried and hugged me and I cried [too]”.

The women’s reaction boosted her confidence and changed her perspective completely. In that moment, Tamika’s years of wig-making wonder transformed into a full-blown hair love affair. She had finally found her niche and walking in her purpose became her only priority from then on.

“I started to feel like hair was my boyfriend,” she exclaims while describing the feeling as “heart-throbbing butterflies”. That same butterfly feeling is still present 20 years later, continuing to light her fire and fuel her ever-growing business.

On the MOVE with Deja Riley

Deja Riley is a motivational force to be reckoned with. Never one to depend on nepotism, Riley, a…
END_OF_DOCUMENT_TOKEN_TO_BE_REPLACED
Share
Exclusive InterviewsLifestyle + WellnessThe Wind Down

GirlTrek is Redefining Self-Care One Million Steps at a Time